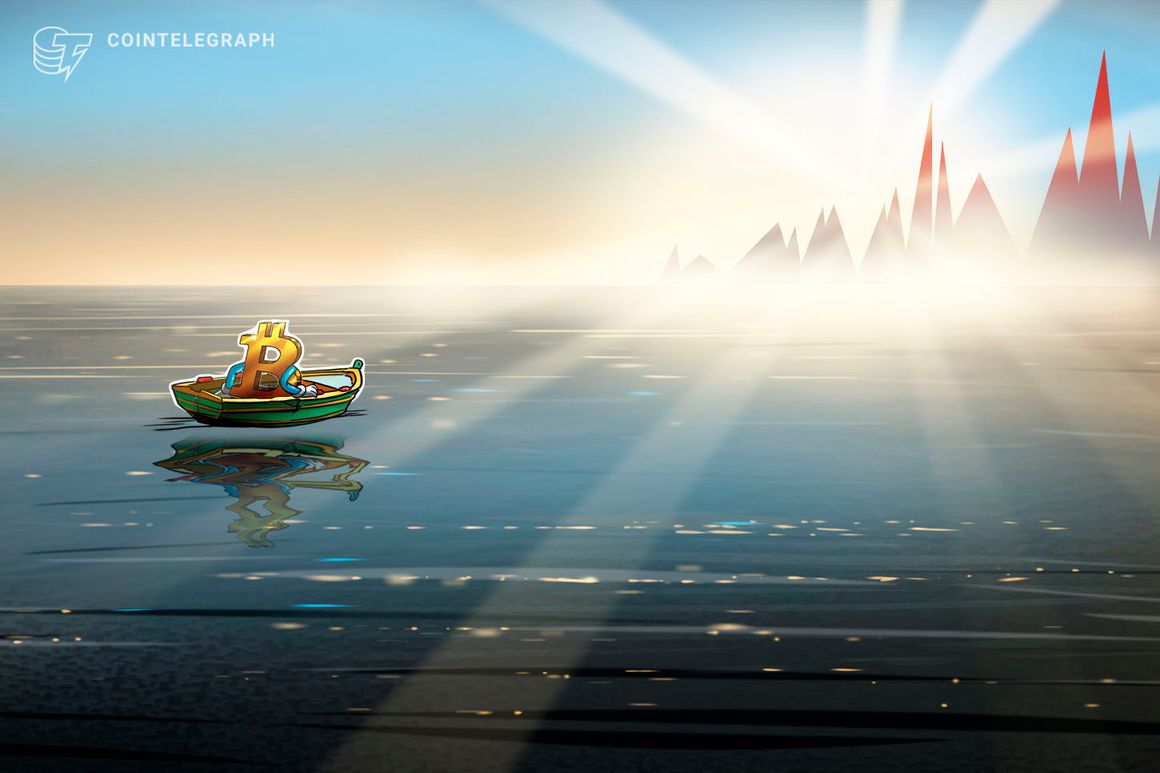 Bitcoin price needs to close above $29,450 for its first green weekly candle since March

BTC price traders $300 in the gree

Data from Cointelegraph Markets Pro and TradingView showed BTC/USD circling its May 30 opening level at the time of writing, just $300 higher than seven days ago.

With hours to go before the weekly candle closed, the pair thus retained the threat of sealing yet another lower low. This would take Bitcoin to a new record in terms of consecutive “red” weeks.

Very hard to tell, again all about daily trend and the recent highs put @ 32k.

Gaps above big enough to be interesting to play even > 32.

A close like this for the weekly would be pretty… Indecisive.

For example if you see it that way.. story isn’t the same 🙂 pic.twitter.com/pYRxvEArjJ

“Looks like BTC will likely get a Weekly close above $28.5k, which would imply further ranging PA for the upcoming week,” popular Twitter account Crypto Santa added in comments on the day.

As Cointelegraph reported, BTC/USD continued to trade in a tight range throughout the week, this in place since the recovery from May’s $23,800 lows.

Crypto Santa noted that United States inflation data was due in the coming days, this taking the form of the consumer price index (CPI) readout for May which could spark volatility should inflation be shown to be running above already high expectations.

“The jury is still out in terms of the inflationary trajectory,” Jeffrey Rosenberg, senior portfolio manager for systematic multi-strategy at asset management giant BlackRock, told Bloomberg.

“You can’t really get the Fed out of the business of focusing on the number one priority — of getting inflation down — until you really start to see that definitively show up. Until that happens, it’s going to be a very tough time.”

April’s CPI print came in at 8.3%, compounding inflation already at levels not seen since the early 1980s.

While many predicted that Bitcoin would ultimately revisit the May lows, one cohort of traders stayed conspicuously bullish.

The trend accelerated markedly after the trip to $23,800, leading to concerns that a liquidation event could add to market fragility should BTC/USD reverse downhill.

“This is either gonna result in a fantastic pump … or a liquidation disaster,” part of a reactionary tweet by commentator Kevin Svenson read on June 2.

Facebook
Twitter
Pinterest
WhatsApp
Previous articleEthereum [ETH]: With the Merge just a few days away, here’s all you should know
Next articleCan the MoonBirds fly again after muted interest post launch and poor volumes

sponsored At one point in every crypto enthusiast’s life he or she has envisioned buying their dream mansion, with Bitcoin. What was once a...
Latest Crypto News