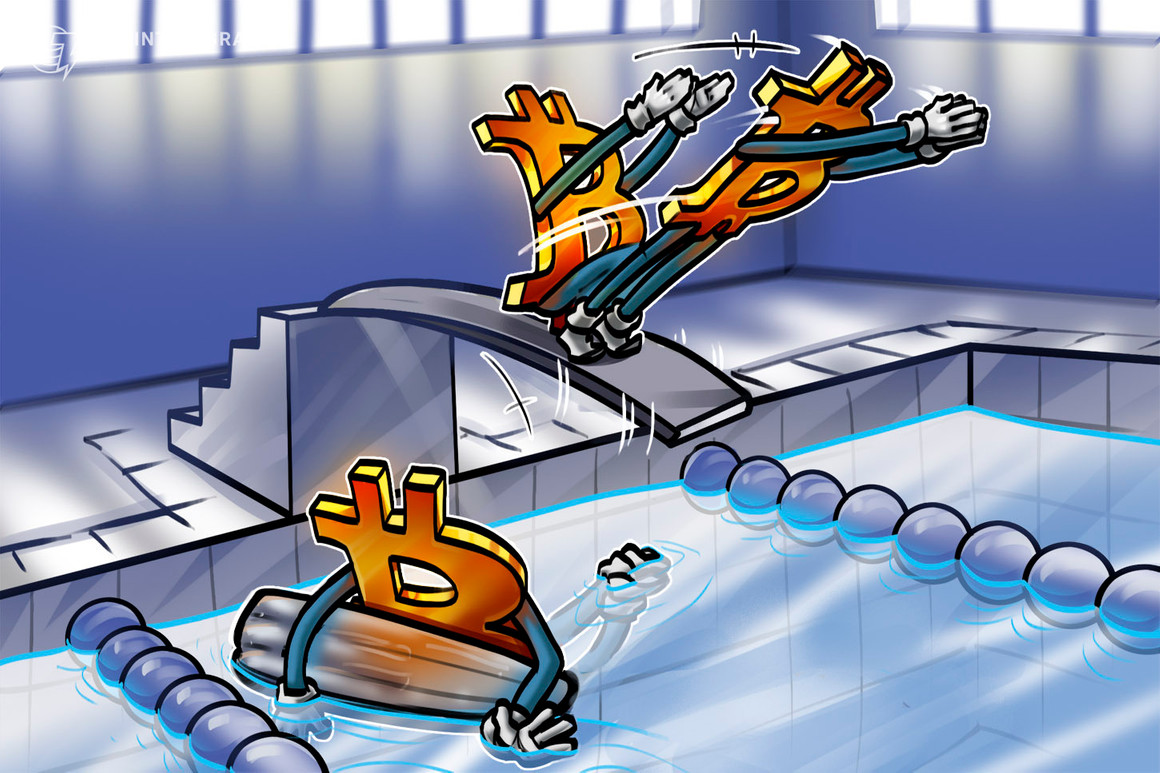 
The bull market euphoria that carried prices to new highs throughout 2021 has given way to bear market doldrums for any Bitcoin (BTC) buyer who made a purchase since Jan. 1, 2021. Data from Glassnode shows these buyers “are now underwater” and the market is gearing up for a final capitulation event.

As seen in the graphic above, the NUPL, a metric tha is a measure of the overall unrealized profit and loss of the network as a proportion of the market cap, indicates that “less than 25% of the market cap is held in profit,” which “resembles a market structure equivalent to pre-capitulation phases in previous bear markets.”

Based on previous capitulation events, if a similar move were to occur at the current levels, the price of Bitcoin could drop into a price range of $20,560 to $25,700 in a “full-scale capitulation scenario.”

The market is in search of the bottom

With the crypto market clearly trading in bear market territory, the question on everyone’s mind is “where is the bottom?”

One metric that can help provide some possible guidance is the Mayer Multiple, an oscillator that tracks the ratio between price and the 200-day moving average.

In previous bear markets, “oversold or undervalued conditions have coincided with the Mayer Multiple falling in the range of 0.6–0.8,” according to Glassnode and that is precisely the range where Bitcoin now finds itself.

The Bitcoin realized price model also offers insight into what a potential price bottom for Bitcoin could be, with the current reading provided by the Bitcoin data provider LookIntoBitcoin suggesting the realized price for BTC is $23,601 as of June 5.

Selling in the current market conditions has largely been dominated by short-term hodlers, similar to the behavior that was seen during the two previous extended bear markets where long-term holders held more than 90% of the profit in the market.

The recent drop below $30,000 for Bitcoin saw the percentage of supply in profit spike above 90% for the long-term holder cohort, suggesting short-term holders have “essentially reached a near-peak pain threshold.”

According to Glassnode, miners have also been net sellers in recent months as the decline in BTC has hampered the profitability for miners resulting in “an aggregate miner balance reduction of between 5K and 8K BTC per month.”

Should the price of BTC continue to decline from here, the potential for an increase in miner capitulation is not out of the question, as demonstrated in the past by the Puell Multiple, which is the ratio of the daily issuance value of bitcoin to the 365-day moving average of this value.

Historical data shows that the metric has declined into the sub-0.5 zone during the late stages of previous bear markets, which has yet to occur during the current cycle. Based on the current market conditions, a BTC price decline of an additional 10% could lead to a final miner capitulation event that would resemble the price decline and selling seen at the hight of previous bear markets.